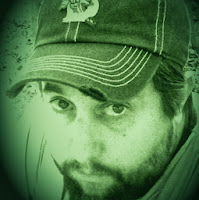 Frederick Doot writes literary fiction, screenplays, film reviews, and blogs both on the craft of writing and the no-longer woeful New York Mets. He is a professional freelance copywriter and copyeditor, and participant in various writers groups near Glen Rock, N.J. including: the Fair Lawn Writer's Circle, the North Jersey Writers Group, the Science Fiction Association of Bergen County, and the Wordweavers of North Jersey.

For much of the summer, his alter-ego, Rick Tood, can be found meandering the woods of the Catskill Mountains near Livingston Manor, New York, hiking, fishing, sippin' whiskey while staring at the stars and howling at the moon, and churning out words for the endless supply of speculative fiction stories that sneak into his mind.

He is also an Associate Member of the Horror Writers Association.

Doot's fiction has appeared in Every Day Fiction, the Writers Arena and in numerous short story anthologies. He also edited Dragons, Droids and Doom, a collection of Fantasy Scroll's Magazine's first year worth of short stories, consisting of 54 short stories including tales by Cat Rambo, Mike Resnick, Ken Liu and Piers Anthony.

Doot is owner of a small sign and lettering company, doot designs, based in Bergen County, New Jersey.

Words are never far from his crafts.